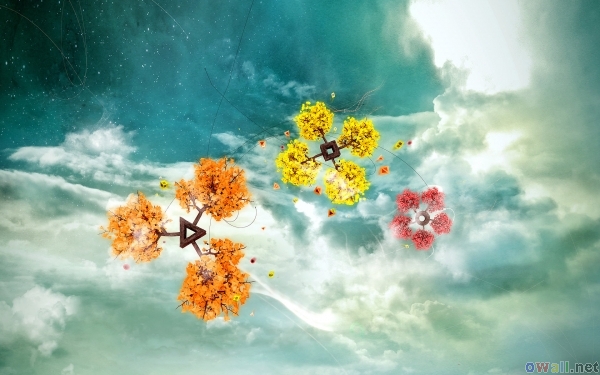 Even though dream images tell us a good deal about patterns that are time and again highlighted in us as individuals, to mistake this for the work of soul, reduces soul to something located only in us as individuals. The soul work advocated here, however, focuses on how to become present to the ongoing creative activity that generates the images.

An image grabs my attention. Why? Because it wants something from me. What does it want? Well, certainly my attention. Images are rather like children that way. What do children want when they want attention? They want to be seen, really seen that is, to be perceived. Therefore if we allow ourselves to be distracted by the details of their behavior when they are trying to be seen, we will never really see them, never perceive them, much less tend their on‐going need for a particular kind of attention that touches them into being.

The way things unfold in the dreamtime—which is always with our heart-presence and without the usual waking-world, opinionated judgment and need to control—is precisely what the dreamtime is endeavoring to teach us. That is, how to actively participate in the unfolding of things, as beings who are likewise unfolding, whether we are waking or sleeping, without interfering and without trying to control the outcome.

A waking-world example of this happened the other day when my son invited a few kids over for a sleepover to celebrate his birthday. When the first invited reveler was dropped off at our house, he plunked his sleeping bag and backpack down by the door and dashed up the few stairs to the playroom. As his mom thanked me for inviting him, she reached both arms toward me, handing me a birthday present and a small bag with what looked like a pill inside. “He’s already had the one for today,” she said, “ but he’ll need to take that,” she pointed at the Ziploc, “as soon as he gets up in the morning or . . . .” she trailed off, smiling thinly.

One by one then, as each of the other sleepover guests were dropped off, I was handed a birthday present in one hand, and a small bag containing a pill—with instructions for how and when to administer it—in the other. All of the fourth-­‐grade party guests were on medication for their ‘hyperactivity disorders’ with the exception of one. And his mother explained that she’d tried medicating him, but it didn’t work.

“We don’t usually let him come to these things,” she continued then. “Because when he comes home,” she clicked her tongue, “everyone, including him, pays the price over the next three or four days. So we’ve learned. But I’ve heard that you’re a stickler when it comes to bedtime,” she smiled. “And he begged to come. So we’ll see if it makes a difference.” Then, after thanking me, she left.

Some time later, when my son was about to open his presents, this same unmedicated kid started jumping up and down as though he was on a mechanized pogo stick, flailing his arms and bobbing his head rhythmically, while repeatedly chanting, “Pre-­‐sents! Pre-­‐sents! Pre-­‐sents!” at the top of his lungs.

I was annoyed by the exuberance of his display. But this is why the emotions are so very valuable. Not because they give us something significant to talk about with our therapists, but because they place us in the context of things. They tell us where we are, giving us a place from which we can begin our work. So, though I wanted to tell this pogo-sticking kid to sit down and shut up, I resisted the temptation; it was a party after all and he was our guest. I decided then to just stick with what was unfolding, to allow it to be in the room just as I would if it were a dream that someone brought into my practice.

The first thing I noticed when I pulled the smallest bit back from the experience emotionally, was just how quickly I’d fallen into this kid’s pattern, into his wound-up rhythm. It had to be because his wound‐up rhythm pattern was somehow also in me. In other words, somewhere inside I was already rather like a wound‐up top waiting to spin out of control.

It then occurred that there must be a way to bring this nine-year-old round to a different rhythm. And no sooner did this thought enter, than a large, old-­‐fashioned wooden spool imaginally appeared. It was the kind of spool I used to sew with, only much larger, bigger almost than me.

As I stood there watching my son open his presents, the wound-up kid continued to pogo excitedly around the room. Meanwhile, as I endeavored to get inwardly still, I began to imagine turning the wooden spool round and round in slow, very deliberate, ever-­‐expanding circles. With each new rotation, more and more of the room’s manifest content was brought into the calming, old-­‐fashioned wooden spool’s spell, so that the things in the room were likewise rendered more solid and grounded, all threaded together, and centered.

All told it probably took about four minutes, though it felt as if it took much, much longer. Quite wondrously then, just as my son finished opening his last present, the kid who’d been hopping about sat down beside him, quite calmly, where he focused intently then on a newly opened Lego set. For the next several hours, and indeed until it was time for bed, the boys played quietly and contentedly, cooperatively and quite gorgeously with all of the birthday gifts.

But what’s essential to notice here is the creative receptivity involved. The wooden spool found me when I took the time to enter the event as it was actually unfolding. Learning to let things unfold, not passively but actively, while at the same time still participating in them—which is not meant to be confused with our usual mode of trying to control everything—is one of the things the dreamtime is always trying to teach us. In other words, creative receptivity.

I didn’t choose the image of the spool; it chose me because it knew that I’d have a pretty good idea what to do with it. Therefore we get the images we are capable of, that is, precisely. So for each one of us it’s going to be different. But the task is to notice the images, catch them as they step forth from the discreet shadows. From there it’s a practice of allowing the images to work with us, through us, for what they want.

If we can pull back what feels like the “personal” aspect of things, recognizing that the emotions are present because they want something from us, and from there enter the situation as though it’s a dream, specific images—unique to each one of us—arrive, asking to be worked with, through us.

When we practice this creative mode of receptivity, what we begin to notice, actually rather quickly, is that all sorts of images come to our aid. But what we discover next is that it’s not merely our plights, and our aid, that the images are concerned with. For they are actually quite concerned with everything that’s going on in the interactive field, which includes us but also includes the connectedness between things. So images come through us in order that we might lend their being to the ongoing and quite connected co-­‐creation of the world.

Monthly dream sessions with Renée Coleman have been an essential part of my life for almost two years now. As a mythologist who tends dreams, Renée came to my attention, coincidentally it seemed, when, at middle-age, I entered university for the first time. At that time I was experiencing a prolific number of vivid dreams, all of which I could remember in enough detail that I recorded them in a journal, as I continue to do. Working my dreams, and those of others in the group, all… END_OF_DOCUMENT_TOKEN_TO_BE_REPLACED

My weekly telephone sessions with Dr. Coleman have become the means whereby I restore emotional and spiritual balance in my life. Her vast knowledge and accrued wisdom have been invaluable in guiding me through the labyrinth of the dream world. Through my ongoing work with her, I have come to appreciate the power within myself to live a larger life. I have been an educator for thirty years and while Dr. Coleman is my therapist, I hasten to call her the finest “teacher” I have ever encount… END_OF_DOCUMENT_TOKEN_TO_BE_REPLACED

Icon’s of the Dreaming Heart and its author, Renee Coleman, Ph.D. came into my life shortly after my 70th birthday. Learning how to relate to the images and numerous visitors of my nightly dreams in community with Renee’s growing tribe of dream tending humans has served to initiate me into the rigorous and enchanting life of becoming an Elder. There is no finer guide to the wisdom of learning “olding” !!! My gratitude to Renee and to Goldenstone Press and its co-founders, Robert Sardello a… END_OF_DOCUMENT_TOKEN_TO_BE_REPLACED

Dreams are my greatest teacher. Since I began working with Renee in the dreamtime, I see firsthand how dreams have changed the landscape of my life. I am a better person, wife, mother, and daughter since I began working with dreams. This work transforms relations between people, teaching us how to love. Renee has the ability to see into dreams and catch all of their various puns and nuances – she enters this realm with love, patience, depth, and humor. There is never a dull moment in the … END_OF_DOCUMENT_TOKEN_TO_BE_REPLACED