Dreams of a Spooky Nature 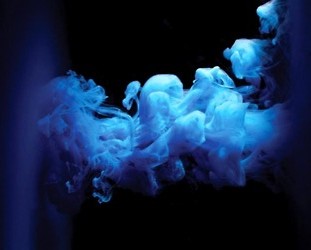 There are two types of dreams that I collect: those involving the so-called dead, and the “spooky” sort that–though perhaps not precisely prognosticative–unfold in the waking-world in an undeniable mirroring of the dream.

Many dreamers have experienced the former sort, dreams of the dead, and have brought these into my practice.  But I’m curious to discover if folks experience dreams of the latter, spooky type. Allow me, therefore, to give you an example of just such a dream:

The other morning when I went to wake my boys up for school, the oldest one, the twelve-year-old, who regularly requires a rousing whole-body shake to wake him up, was already sitting up in his bed. “Moooom,” he said, in a throaty, rasping way as I bent over to wake his brother.  “I had the weirrrrrrrdest dreeeeeeam.”  I could tell by the way he said this that it was one of those thick, sticky, statically charged dreams that is so difficult to wake up from. The kind that all over clings like a walked-through spider’s web.

“Come tell me about it as I make breakfast.” Ascending the stairs to the kitchen, I could feel thick threads of my son’s dream traveling towards me and latching themselves onto my neck and shoulders, backside and legs, as though now my son, the dream and I were being knit together to make something never before knitted. Or as though we were being composed into an altogether new pattern–the tones of a half-crafted sonata or a still stringing string quartet–between us and some ancient and invisible dream weaver.

Whoa. I know that when anything gets doubled up in the dreamtime, it’s trying to get our attention. “Is that it?  Is that the end of the dream?” I ask then, slowly, tenderly, as though trying to let the images land safely.

“Yeah,” he says, before going on to make up a fantastic different ending where he wakes up in the hospital with super-powered titanium legs. I tease him about this and watch then as he wonders how I can tell the difference between a dream that is dreamt and one that is made up on the spot.  I ask him a couple of questions then to satisfy a mother’s protective curiosity, like, “Was it the same bike you ride to school every day that you were riding in the dream?”

“No, Mom, it was bright green and had a seat that wrapped around my torso like a brace and then extended out to the handlebars, so that I had to put my hands into these super cool glove holster things. The whole bike was like a high-tech extension of me. And I could ride super fast.”

It was not without trepidation that I sent him off to school that morning on his bike, trying not to freak him out while making him promise to go slowly and drive carefully.

But now for the spooky part: a little more than a half an hour after hearing his dream, as I was driving my youngest son to his school, I received a phone call. I didn’t recognize the number but something told me to pick up.  Over the speakerphone I heard a man’s voice. I could scarcely make out what he was saying. He was having difficulty breathing so the words, barely squeaking through, were mostly high-pitched sounds that were shoved together without any spaces.  A wail of half words, the effect of which was like hearing a long and alarming siren screaming toward you from an undetectable direction, making it impossible to determine which way to pull your vehicle over.

The fellow on the other end of the phone line had hit my son.   He apologized profusely and explained that he was unable to see around an overgrown oleander bush that had sprawled across the width of the sidewalk and onto the street as he was pulling out of his driveway on his way to work. As fate would have it, I later found out that this same bush had blocked my son’s view.  By the time they were able to see one another around the oleander, it was too late to avoid a collision.  My son was catapulted over the hood of this fellow’s car, resulting, quite mercifully, in no more than a broken collarbone, some nasty scrapes, and a few bruises (all of which, I’m happy to report, are well on their way to healing as I write this).

As an aside, and in case you’re wondering why I let him ride his bike to school that morning . . . the answer is not a simple one.   However, let me briefly say that whenever I contemplate questions of fate and destiny, I consider the tragedy of Oedipus, which, to my mind at least, has less to do with incest than with what happens when individuals try to thwart destiny.   Oh, those white-robed incarnations of destiny, the Fates!  Over the years, and hopefully without falling into a kind of fatalism, I’ve tried to develop the capacities necessary to be able to bear the simple fact that my children have separate fates over which I have little or no control. So that’s on the one hand.

On the other hand, it strikes me that it’s rather difficult to know what, if anything, can be done with these spooky sorts of dreams.  Perhaps this is because there’s been so little practice with them? Good heavens, it’s taken me these many long years to notice that they have certain characteristics in common.  Therefore, it may be helpful to describe some of them.

The first common characteristic of these dreams is that they are exceedingly difficult to wake up from. We are heavy, bodily pressed upon, and still sleepy to the point that if we didn’t actually have to get up and get on with the day we might linger in bed for several more hours.

The second characteristic, as mentioned, is the thick and sticky web-like quality of these dreams; spooky even before they mirror themselves in the waking-world.  It’s impossible not to notice these dreams, for it’s as though the door to the dark dreaming nighttime has somehow been left open.

The third characteristic has to do with timing.  The waking world unfolding of these spooky sorts of dreams takes place within a few hours of the dream.

So now I’m curious, and I’m hoping that you may be able to help.  The whole reason for relating this dream story and describing the common characteristics of these dreams is to start a conversation.   My good guess is that there are many others who’ve experienced dreams of a spooky nature.  And if so, oh my! I’d love to hear from you . . .

Monthly dream sessions with Renée Coleman have been an essential part of my life for almost two years now. As a mythologist who tends dreams, Renée came to my attention, coincidentally it seemed, when, at middle-age, I entered university for the first time. At that time I was experiencing a prolific number of vivid dreams, all of which I could remember in enough detail that I recorded them in a journal, as I continue to do. Working my dreams, and those of others in the group, all… END_OF_DOCUMENT_TOKEN_TO_BE_REPLACED

Dreams are my greatest teacher. Since I began working with Renee in the dreamtime, I see firsthand how dreams have changed the landscape of my life. I am a better person, wife, mother, and daughter since I began working with dreams. This work transforms relations between people, teaching us how to love. Renee has the ability to see into dreams and catch all of their various puns and nuances – she enters this realm with love, patience, depth, and humor. There is never a dull moment in the … END_OF_DOCUMENT_TOKEN_TO_BE_REPLACED

Icon’s of the Dreaming Heart and its author, Renee Coleman, Ph.D. came into my life shortly after my 70th birthday. Learning how to relate to the images and numerous visitors of my nightly dreams in community with Renee’s growing tribe of dream tending humans has served to initiate me into the rigorous and enchanting life of becoming an Elder. There is no finer guide to the wisdom of learning “olding” !!! My gratitude to Renee and to Goldenstone Press and its co-founders, Robert Sardello a… END_OF_DOCUMENT_TOKEN_TO_BE_REPLACED

My weekly telephone sessions with Dr. Coleman have become the means whereby I restore emotional and spiritual balance in my life. Her vast knowledge and accrued wisdom have been invaluable in guiding me through the labyrinth of the dream world. Through my ongoing work with her, I have come to appreciate the power within myself to live a larger life. I have been an educator for thirty years and while Dr. Coleman is my therapist, I hasten to call her the finest “teacher” I have ever encount… END_OF_DOCUMENT_TOKEN_TO_BE_REPLACED