In a Spirit of Unfaltering Faith 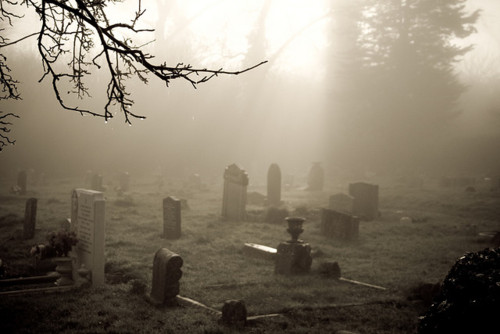 Preparing for the Day of the Dead pilgrimage to Oaxaca, Mexico that I’ll be making at the end of the month, I’m ritually holding dreams having to do with the dead. The following quote from Paracelsus was recently sent my way; it seems especially timely:

If we desire to enter into communication with the spirit of a deceased person, we may make a picture representing that person, and write his name and the questions we wish to ask him upon it, and put that picture under our head after retiring to rest; and during our sleep the deceased appears to us in our dreams and answers our questions. But the experiment must be made in a spirit of unfaltering faith, full of confidence that it will succeed, else it will fail, because it is not the picture that brings the spirit, but our faith that brings us into communication with it; and the picture is only made for the purpose of assisting the imagination, and to make it more powerful.

Obviously, of course, digital photography was not available in the early 16th century. So when Paracelsus instructed petitioners to “make a picture representing that person,” it required considerably more than merely clicking a button or two and printing up a photo. Time and effort were needed to render something truly representational.

If we consider the most famous portrait of that era, for example, the Mona Lisa, estimates are that it took da Vinci anywhere from three to six to fourteen years to finish. Of course, Leonardo’s mysterious muse was not dead, so the portrait was not made for the purposes of putting it under his pillow as he slept, but you get the point. Now, not every petitioner would have been a master painter, of course, or even an amateur artist, but, in any case, petitioners seeking contact with the dead would have concerned themselves with rendering a picture, to the best of their abilities, in the hope that it would prove evocative enough to garner the attention of the deceased.

And it may perhaps even be argued that the picture Paracelsus invited petitioners to create need not be rendered in a concretely material way. In other words, is it possible that he is inviting us to make a “heart image” of the deceased?

Yet whether these pictures are created imaginally or concretely matters far less, it seems, than the “faith” within which they are rendered. The slow, unwavering movement of the living toward the deceased—with time and effort and the careful attention that’s required—is what matters most. For this effort not only moves the petitioner into proper heart receptivity, it’s also just the thing, according to Paracelsus, to get the deceased’s attention.  Not the picture itself, mind you, but the act of faith on the part of the petitioner making the picture. What this suggests, then, is that the moment the petitioner commits him or herself to the deceased in a “spirit of unfaltering faith,” the deceased likewise commits him or herself to the petitioner.

The order of these instructions is also important. Pictures are made, Paracelsus tells us, “for the purpose of assisting the imagination, and to make it more powerful.” However, we wouldn’t want to fall into current-day thinking here, that is, that we, as individuals, “have” imaginations; for imaginations are not something that we can possess. Rather, as ensouled beings—with varying degrees of imaginal capacities—we are embedded within a creative, imaginal realm.

Interested in communicating with the so-called dead in dreams? Perhaps you might want to give these instructions of Paracelsus a slow, faithful try?

Icon’s of the Dreaming Heart and its author, Renee Coleman, Ph.D. came into my life shortly after my 70th birthday. Learning how to relate to the images and numerous visitors of my nightly dreams in community with Renee’s growing tribe of dream tending humans has served to initiate me into the rigorous and enchanting life of becoming an Elder. There is no finer guide to the wisdom of learning “olding” !!! My gratitude to Renee and to Goldenstone Press and its co-founders, Robert Sardello a… END_OF_DOCUMENT_TOKEN_TO_BE_REPLACED

Dreams are my greatest teacher. Since I began working with Renee in the dreamtime, I see firsthand how dreams have changed the landscape of my life. I am a better person, wife, mother, and daughter since I began working with dreams. This work transforms relations between people, teaching us how to love. Renee has the ability to see into dreams and catch all of their various puns and nuances – she enters this realm with love, patience, depth, and humor. There is never a dull moment in the … END_OF_DOCUMENT_TOKEN_TO_BE_REPLACED

Monthly dream sessions with Renée Coleman have been an essential part of my life for almost two years now. As a mythologist who tends dreams, Renée came to my attention, coincidentally it seemed, when, at middle-age, I entered university for the first time. At that time I was experiencing a prolific number of vivid dreams, all of which I could remember in enough detail that I recorded them in a journal, as I continue to do. Working my dreams, and those of others in the group, all… END_OF_DOCUMENT_TOKEN_TO_BE_REPLACED

My weekly telephone sessions with Dr. Coleman have become the means whereby I restore emotional and spiritual balance in my life. Her vast knowledge and accrued wisdom have been invaluable in guiding me through the labyrinth of the dream world. Through my ongoing work with her, I have come to appreciate the power within myself to live a larger life. I have been an educator for thirty years and while Dr. Coleman is my therapist, I hasten to call her the finest “teacher” I have ever encount… END_OF_DOCUMENT_TOKEN_TO_BE_REPLACED